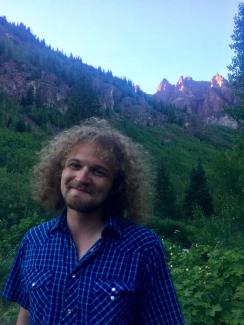 Emerson Sieverts is devoted to the ethos of music making. A versatile choral musician, he has performed as both a tenor and countertenor with some of New York’s finest ensembles, including Musica Sacra, Clarion Music Society, American Classical Orchestra, Pomerium, and The Bach Vespers Series at Trinity Lutheran Church. He is a regular member of The Choir of Men & Boys at St. Thomas Fifth Avenue, as well as The Choir at Temple Emanu-El. His original musical Me Prometheus (co-written with Simon Riker) enjoyed a sold-out run at the New York Theatre Festival in 2017. He also enjoys choral arranging, and his arrangement of “Good King Wenceslas” was recently published under the Jeffrey Benson Choral Series by Gentry Publications. He has appeared frequently with the Brooklyn-based musicians’ collective Apartment Sessions, and is the bassist for New York’s preeminent underwater punk-pop trio, Imitation Crab.

**Emerson Sieverts will be on faculty for Week 2 of the 2022 Amherst Early Music Festival.