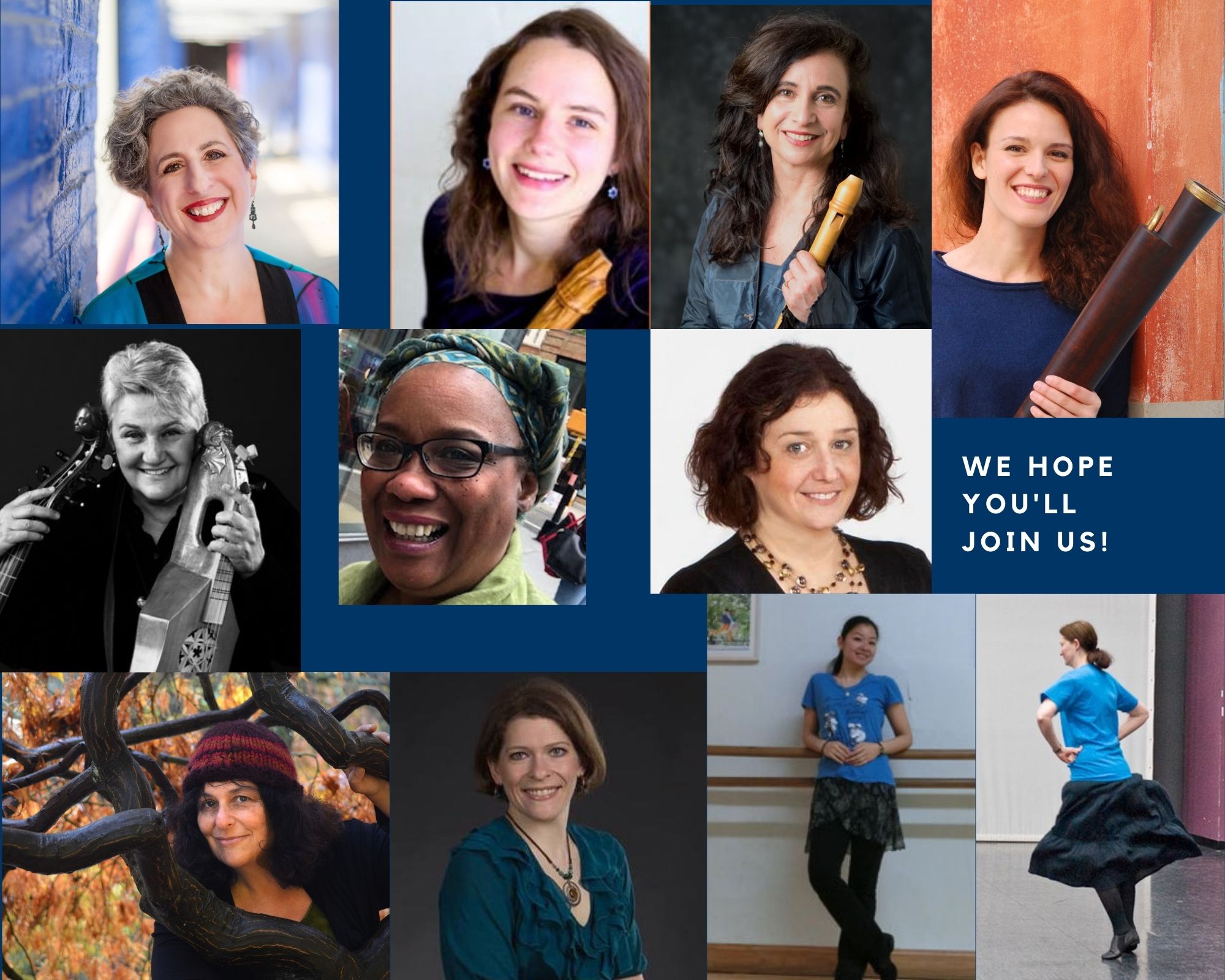 The 5-Part Sinfonie of Leonora Duarte, with Gwyn Roberts

Music for the White King, with Mary Springfels

The Majestic Passacaille, with Dorothy Olsson and Julie Iwasa

Spain, Sweden, and Saudades: Villancicos from Iberia and the New World, with Karen Cook

With Breath and Quill

The Farallon Recorder Quartet is joined by harpsichordist Jonathan Oddie for a widely varied program of quartets and trio sonatas. Spanning the Medieval era to the present, Farallon will blend the smooth and resonant tones of recorders with the crisp and sonorous colors of the harpsichord. Farallon’s four recorderists—Miyo Aoki, Letitia Berlin, Frances Blaker, and Vicki Boeckman—will play consort works from Medieval, Renaissance, and modern times. The harpsichord comes into the mix with works by Baroque composers, including Handel, Corelli, and Bach, as well as with Frances Blaker's newly composed piece Breath and Quill, written in celebration of our return to a live and in-person AEMF.

Daniel Purcell, who wrote music for over forty plays, was brother or cousin to Henry Purcell. He wrote the delightful Judgement of Paris as part of a 1700-1701 competition to write music to a masque libretto by William Congreve. AEMF’s fully staged production is edited with a Prologue and Epilogue created by Grant Herreid and Lawrence Rosenwald, with AEMF student singers, dancers, and orchestra. Julianne Baird and Grant Herreid, co-directors; Dorothy Olsson and Kaspar D. Mainz dance directors; Ronnie Snader, costumes; and Paul Guttry, props.  Performance begins at 8:00 pm.

Over thirty international faculty and staff members perform Medieval polyphony, gorgeous Renaissance consorts, and virtuosic Baroque solos to delight and entertain you. Performances can be heartfelt, witty, outrageous, or all of the above. A Festival overview!

Portrait of a Lady

Is baroque style about formal elegance? Or about emotion, atmosphere, or drama? All of the above! After diving deep into rediscovered performance practices Sarah Cunningham and Adam Young (viols), Kevin Payne (theorbo), and Leon Schelhase (harpsichord) have found that music can be like impassioned and eloquent speech and can tell stories and paint pictures. Who is Marella D’Aubonne the imaginary lady in the picture and what story does this music tell? The violas, harpsichord, and theorbo will take on the role of this mysterious woman. And along with verbal narrative, we will unveil the life of the lady in the portrait. Music of Jean Baptiste Lully, Antoine Forqueray, and Marin Marais.

Directed by Kent Tritle, this concert is always a highlight of the festival. This summer’s program features two early sacred cantatas by J. S. Bach—Cantata No. 4, “Christ lag in Todesbanden,” accompanied by strings and basso continuo, written for Easter; and Cantata No. 106, “Gottes Zeit is die allerbeste Zeit,” also known as Actus Tragicus, with accompaniment by two recorders, two viols, and continuo, composed for a funeral.

Over thirty international faculty and staff members perform Medieval polyphony, gorgeous Renaissance consorts, and virtuosic Baroque solos to delight and entertain you. Performances can be heartfelt, witty, outrageous, or all of the above. A Festival overview!

Registrants will receive an email with a link to a webpage for each class. Visit the webpage for music and class materials, (available in advance!) and at class time for the Zoom link.  Miss a class or want to see two at the same time? Class recordings will replace the Zoom links after the class, and be available for seven days. Classes run 90 minutes, with the first 10 minutes for introductions and last-minute tech help.

Participants new to Zoom should register in advance for the Zoom Like a Pro tutorial on Friday, January 14 and Friday January 28 at 4:00 p.m. EDT (1:00 p.m. Pacific Daylight Time), or refer to the Instructions for Zoom Participants here.