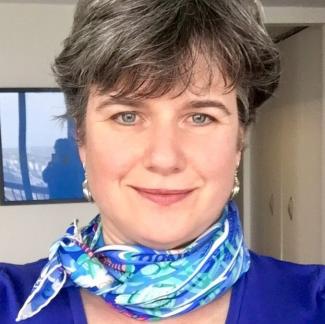 Rachel Begley performs as a soloist and with ensembles across North America, and has been hailed for her virtuosic and sensitive playing on both recorders and historical bassoons. Recent performing highlights include Utrecht Early Music Festival Fringe, Boston Early Music Festival Fringe, Connecticut Early Music Festival, Mercury Baroque, Alba, Clarion Society, Early Music New York, American Classical Orchestra, and The Play of Daniel at The Cloisters. She is a founding member of two new ensembles, the chamber music group Fire & Folly and the oboe band Symphonie des Dragons, both of which have already garnered both audience and critical acclaim. Though her musical focus is currently in early music, she has premiered solo works for recorder by such luminaries as Leonard Bernstein and Joan Tower, and was recorded as part of the soundtrack for “Casanova”.

A native of England, she holds a Doctor of Musical Arts degree in recorder and early music from SUNY Stony Brook, and teaches at festivals and workshops in both the US and Europe. In 2010/11, she was a Visiting Professor of Recorder at Indiana University and an Adjunct Assistant Professor at Queens College (CUNY). She has been Music Director for the Recorder Society of Long Island since 1994.