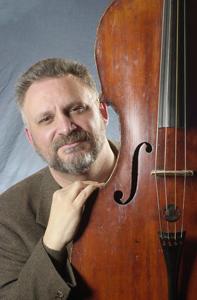 ​Brent Wissick is the Zachary Taylor Smith Distinguished Term Professor in the Department of Music at UNC-CH, where he has taught cello, viola da gamba and chamber music since 1982. A member of Ensemble Chanterelle and principal cellist of the Atlanta Baroque Orchestra, he is also a frequent guest with American Bach Soloists, Folger Consort, Boston Early Music Festival, Concert Royal, Dallas Bach Society, Vancouver Early Music Festival and Collegio di Musica Sacra in Poland. With these ensembles has recorded for the Centaur, Albany, Koch, Radio Bremen, Bard and Dux labels as well as in the soundtrack for the Touchstone film "Casanova". His online video article titled "The Cello Music of Bononcini" can be viewed in the peer-reviewed Journal of Seventeenth-Century Music" and several of his teaching videos are posted on the website of the Viola da Gamba Society of America. He served as president of that society from 2000 through 2004 and chaired its international Pan-Pacific Gamba Gathering in Hawaii during the summer of 2007.

In addition to teaching cello at UNC, he directs its Cello Choir, Viol Consortand Baroque Ensemble, also teaching classes in Historical Performance Practices and String Methods for Music Education Students; as well as team-teaching a First-Year Seminar in the Physics of Music with Laurie McNeil, chair of the Physics Department. He also serves as mentor of the Kenan Music Scholars and is chair of the String Area.

His current research and performance interests include the cello music of Benjamin Britten, Chopin’s Cello Music on period instruments and French Gamba Music. A graduate of the Crane School of Music at Potsdam College in NY and of Penn State (MM cello, 1978), he also studied with John Hsu at Cornell University and was an NEH Fellow at Harvard in the 1993 Beethoven Quartet Seminar. He has taught at the College of St Scholastica in Minnesota (1978-82), Chautauqua Institution and the 1997 Aston Magna Academy at Yale; and has presented lectures, master classes and recitals at schools, colleges and workshops throughout North America, Europe, Asia and Australia.

**Brent Wissick will be on faculty week 2 of the 2023 Amherst Early Music Festival.