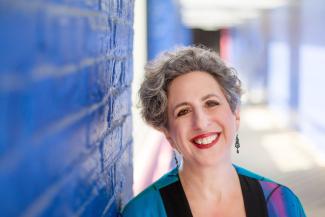 With Sequentia, Ms. Dellal has made numerous recordings of the music of Hildegard von Bingen, and has toured the U.S., Europe, and Australia. Passionate about chamber music, early music, and contemporary music, she performs frequently with Dinosaur Annex, Boston Musica Viva, Ensemble Chaconne, Blue Heron, and the Musicians of the Old Post Road. She has been a regular soloist in the renowned Bach Cantata series presented by Emmanuel Music since 1984, having performed almost all 200 of Bach's sacred cantatas. Ms. Dellal has over twenty-five recordings to her credit.