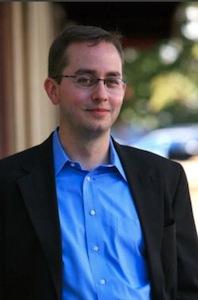 Michael Barrett is active in the Boston area as a professional musician and teacher. As a singer Mr. Barrett has collaborated with the Boston Camerata, Huelgas Ensemble, Blue Heron, Nederlandse Bachvereniging (Netherlands Bach Society), L’Académie, Seven Times Salt, and Exsultemus. He can be heard on harmonia mundi and Blue Heron record labels.

In Boston Mr. Barrett directs Convivium Musicum, a chamber choir for Renaissance music; Sprezzatura, a professional vocal ensemble; and serves on the advisory board of L’Académie, a professional ensemble for Baroque music. Mr. Barrett has performed in several recent opera productions of the Boston Early Music Festival.

Mr. Barrett has worked as a conductor and music theory teacher at Harvard University. He is a faculty member of IMC, a New York-based company for music curriculum and instruction, and has served as a workshop leader for professional development courses. He also maintains a studio for private instruction in voice, piano and music theory.

Mr. Barrett earned an AB in music from Harvard University, an MM in choir conducting from Indiana University Jacobs School of Music, and First Phase Diploma in Baroque and Classical singing from the Koninklijk Conservatorium (Royal Conservatory) in The Hague, The Netherlands. In the fall of 2010 he began doctoral studies in choral conducting at Boston University.