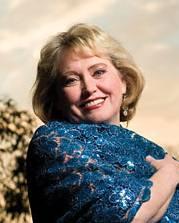 Julianne Baird, soprano, has been hailed a “national artistic treasure” (New York Times) and as a “well-nigh peerless performer in the repertory of the baroque.” She possesses a natural musicianship which engenders singing of supreme expressive beauty." The London Times has called her Handel performances “exquisitely stylish." This estimable artist maintains a busy concert and recording schedule of solo recitals and performances of baroque opera and oratorio.

In addition to her major roles in a series of acclaimed recordings of Handel and Gluck operatic premieres, new releases include the complete

Baird has been Professor at Large and an adjunct professor at the University of Western Australia in Perth  since 2011 and is a distinguished Professor at Rutgers University.  Her 2015 season includes two London trips for performances at the Horniman Museum (Historic Instrument Division) and recording of  “French Chansons from the time of Sermisy” with Zephyrus.

Dr. Julianne Baird is recognized internationally as one whose “virtuosic vocal style is firmly rooted in scholarship.” Her book Introduction to the Art of Singing, Cambridge University Press, now in its third printing, is used by singers and professional schools internationally.