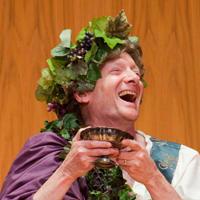 Lawrence Rosenwald is the Anne Pierce Rogers Professor of American Literature at Wellesley College, where he has been teaching since 1980. He has written extensively on American literary multilingualism, on translation, on nonviolence, and on diaries, and has done numerous translations from several languages. He has performed and recorded with Schola Antiqua, Pomerium, Christmas Revels, and Jubal's Lyre, has written and performed numerous verse scripts for early music theater pieces all across the United States, and has been coaching singers on language and text at the Amherst Early Music Festival since 1984.

*Lawrence Rosenwald will be on faculty for Week 1 of the 2022 Amherst Early Music Festival.