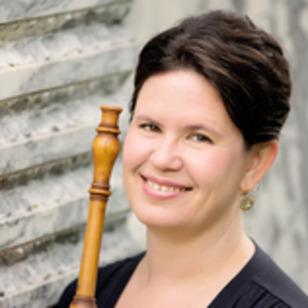 On the other end of the performance practice spectrum, Ms. Owens enjoys playing modern and contemporary chamber music for woodwinds, and has premiered a number of new works featuring oboe and English horn. She has recorded for the Naxos, Koch International Classics, and Eclectra labels.

Owens has lectured on and led recreations of dramatic masquerades by the Philidor family of wind players. She studied baroque oboe with Randall Cook and Washington McClain. In addition to her appointment at the Early Music Institute, Ms. Owens teaches modern oboe at George Mason University and is the founder and director of George Mason’s new baroque chamber orchestra.

*Meg Owens will be on faculty for Week 1 of the 2022 Amherst Early Music Festival.