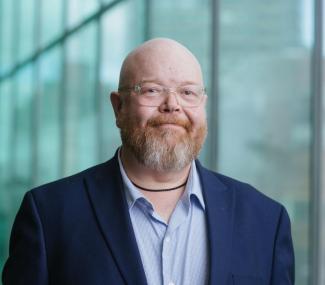 Peter Sykes has appeared in recital at conventions of the American Guild of Organists, the Southeastern Historical Keyboard Society, the Organ Historical Society, American Institute of Organbuilders, International Society of Organbuilders, at the Library of Congress, Boston Early Music Festival,  Aston Magna Festival, New England Bach Festival, Portland Chamber Music Festival, New Hampshire Music Festival, and with Ensemble Project Ars Nova, The King’s Noyse, Musica Antiqua Köln, and throughout the United States, including an appearance in Boston’s Jordan Hall as a featured soloist (Bach's Fifth Brandenburg Concerto) in the Bank of Boston Emerging Artists Celebrity Series. He is frequently heard on the nationally syndicated radio program “Pipedreams.”  Recent appearances include an all-Bach inaugural recital on a new organ built by Fritz Noack for the Langholtskirkja in Reykjavik, Iceland, Bach’s Goldberg Variations for the Cambridge Society for Early Music and at Music Sources in Berkeley, CA, Manuel de Falla's Harpsichord Concerto with the Chameleon Arts Ensemble, the Schumann Piano Quintet on original instruments with the Van Swieten Quartet, and Samuel Barber’s organ concerto “Toccata Festiva” in at Southern Adventist University in Collegedale, Tennessee. In March 2004 he was given the honor of performing the dedication recital on the newly restored 1800 Tannenberg two-manual organ in Old Salem, North Carolina, an event featured on the nationally broadcast televsion show “CBS Sunday Morning.” He was a member of the continuo team for the Boston Early Music Festival opera productions of Cavalli's Ercole Amante, Lully's Thésée and Psyché and Conradi’s Ariadne, and now directs its featured “Keyboard Day” mini-festival. He also appears regularly in concert and on recordings with Boston Baroque. With Christa Rakich he created "Tuesdays With Sebastian," an independent two-year benefit concert series in which he and Ms. Rakich performed the entire keyboard works of Johann Sebastian Bach for the organ and harpsichord in thirty-four recitals in five Boston area locations in the 2003-04 and 2004-05 concert seasons. He has premiered new works by Dan Locklair, James Woodman, and Joel Martinson, and has performed well over twenty dedication recitals for new or rebuilt organs. He also performs frequently on the clavichord and was one of two featured players on this instrument at the 2009 Boston Early Music Festival.

His solo recordings include J.S. Bach’s complete Leipzig Chorales recorded on the Noack organ of the Langholtskirkja in Reykjavik, From The Heartland - Two Nordlie Organs in South Dakota,  Harpsichord Music of Couperin and Rameau, A Nantucket Organ Tour, MAXimum Reger: Favorite Organ Works, and Modern Organ Music, a disc of music by Hindemith, Heiller, Pinkham, Woodman, and Icelandic composers on the Noack organ in the Neskirkja in Reykjavik. His bestselling recording of his organ transcription of Holst’s orchestral suite The Planets was named Best of 1996 by Audio Review, a “Super CD” by Absolute Sound in 1999, and garnered accolades in every review. He appears on the Cambridge Bach Ensemble recording The Muses of Zion, performing organ works of Tunder and Buxtehude on the Fisk meantone organ of Wellesley College, the Music from Aston Magna recording of the oratorio The Triumph of Time and Truth, in which he performs the first known organ concerto movement of Handel, a recording of the organ concerto Cymbale of Julian Wachner, and the Grammy-nominated Boston Baroque recordings of Handel’s Messiah, Bach's B-Minor Mass,  and Monteverdi’s Vespers. His most recent solo recordings include the dedication recital on the Tannenberg organ in Old Salem, available on the Raven label, and the complete Bach harpsichord partitas, soon available on the Centaur label.

He holds degrees from the New England Conservatory, where he studied with Gabriel Chodos, Blanche Winogron, Mireille Lagacé, Robert Schuneman, and Yuko Hayashi, and Concordia University in Montreal, where he studied with Bernard Lagacé. In 1978 he was winner of the Chadwick Medal from the New England Conservatory for outstanding undergraduate achievement; in the same year, he was a winner of the school’s annual concerto competition, playing the Harpsichord Concerto of Frank Martin.  In 1983 he was the winner of the Boston Chapter American Guild of Organists Young Artists Competition; in 1986, winner of the Second International Harpsichord Competition sponsored by the Southeastern Historical Keyboard Society.  He was the 1993 laureate of the Erwin Bodky Award for excellence in early music performance.  In May 2005 he received the Outstanding Alumni award from the New England Conservatory for career achievement since graduation.

He is Associate Professor of Music and Chair of the Historical Performance Department at Boston University, Director of Music at First Church in Cambridge, Congregational, and a member of the faculty of the Longy School of Music.  He has served as adjudicator for competitions sponsored by the American Guild of Organists, the Royal Canadian College of Organists, and the Bach International Harpsichord Festival, is a member of the board of the Cambridge Society for Early Music, and is a founding board member and current president of the Boston Clavichord Society.