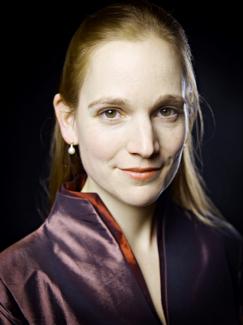 Kathryn Cok pursues a varied career as a harpsichordist, fortepianist and academic on both sides of the Atlantic. She is well sought after both as a soloist as well as a continuo player. Born in the city of New York, USA, Kathryn now lives in The Hague, Holland where she completed a Masters degree at the Royal Conservatoire and was awarded her doctoral degree from Leiden University on the subject Basso Continuo sources from the Dutch Republic 1620-1790.

Kathryn won first prize in the first solo competition for baroque instruments in Brunnenthal, Austria. She works regularly as a soloist and continuo player with the Amsterdam Baroque Orchestra, and other important early music ensembles in Europe such Het Nederlands Kamerkoor, Het Tulipa Consort, Musica Temprana, and Harmonie Universelle. In addition, Kathryn works with top symphonic orchestras such as Het Concertgebouw Orkest,  the Deutsches Symphonie-Orchester Berlin and The Berliner Philharmoniker. Kathryn performs regularly as a soloist in many of the world’s most renowned concert series and Early Music Festivals such as Oude Muziek Utrecht, Brunnenthaler Concert Zomer, Amherst Early Music Festival and the Bodensee Festival.

Kathryn is co-founder of the Caecilia-Concert, a dynamic international group of instrumentalists specialising in performance and research of 17th century music for instruments and voices and Concerto Delaborde, specialising in 18th century repertoire for winds and strings.

In addition, she forms a duo with her husband, bassoonist Wouter Verschuren performing well-known and unfamiliar work for historical bassoon and harpsichord/fortepiano.

Kathryn teaches at the Royal Conservatoire in The Hague where she is also Head of Master Research. An active researcher, she regularly gives lectures about her research, and contributes to music related magazines and journals such as Harpsichord and Fortepiano magazine, Tijdschrift Oudemuziek, and Early Music America.

In 2019, Kathryn was made a member of Het Clavecimbelgenootschap (www.scgn.org)