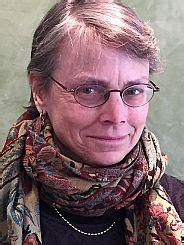 Early Notation Recorder
Wendy Powers has played and taught recorder in New York City for many years, and is a musicologist specializing in music of the late 15th and early 16th centuries, particularly in Italy and France. She received her Ph.D. from Columbia University in 1994, submitting a dissertation on The Music Manuscript Fondo Magliabechi XIX.178 of the Biblioteca Nazionale Centrale, Florence: A Study in the Changing Role of the Chanson in Late Fifteenth-Century Florence. She is an assistant director and faculty member of the Amherst Early Music Festival, and has taught at early music workshops across the U. S. Since 2011, she has co-directed (with Valerie Horst) Amherst Early Music’s CityRecorder workshop in New York City. In the fall of 2008 she was adjunct assistant professor of music at Vassar College. She has written about musical instruments for the Metropolitan Museum of Art Timeline of Art History www.metmuseum.org). She sat for twenty-eight years on the Board of Directors of the New York City series Music Before 1800, and is currently on the board of the American Recorder Society.
Ms. Powers is adjunct assistant professor at the Aaron Copland School of Music at Queens College of the City University of New York, where she teaches music history; she has also taught early music notation and co-directed (with Susan Hellauer) the Early Music Collective at QC.